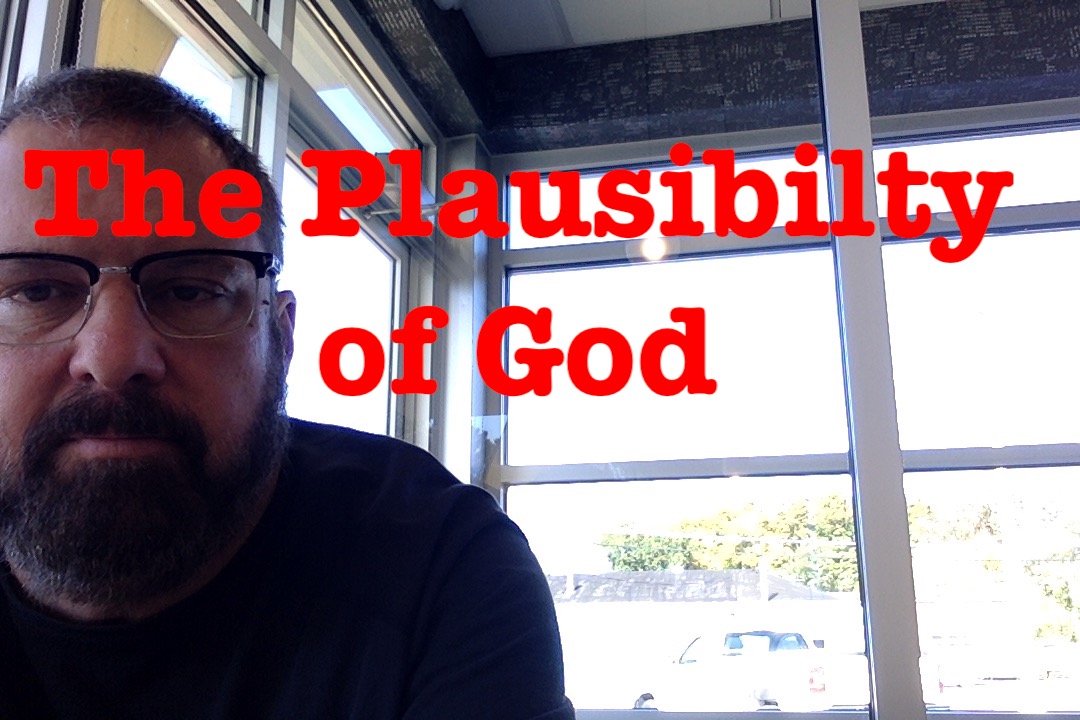 I am a member of several online atheists groups where atheists debate with people who have some level of belief in “God” (not necessarily the ‘Christian God’). The most frequent response to an argument for God is:

Or if the person is a little more thoughtful they might respond along the lines of:

“An argument that has no evidence is imagination and nothing more.”

Let me start by making a concession:

I have never seen God.

I have never heard God.

I do not have a picture of God.

I cannot tell you where God is located.

I have not even experienced a miracle that could not be plausibly explained by coincidence. God has never made a pile of gold coins appear out of thin air. I have not seen God grow a new limb on an amputee and I have not seen any body of water parted.

But I do believe God is plausible.

“You are kidding, right? Can you argue a universe farting pixie into existence? Do try as an exercise.”

Try to hear me out.

(That is an actual response to one of my posts.)

I appreciate the Scientific Method, the value of data, and all of the progress since The Renaissance. I do not want to return to the Dark Ages. I repudiate the Fundamentalist expression of Christianity, Islam, Hinduism, and Fox News. And I also repudiate Materialistic Fundamentalism.

Science has tremendous value. But much of what is scientific certainty one decade is an cringe worthy a decade later. In the 1990’s I ate Cocoa Pebbles for breakfast with skim milk because it was fat-free and fortified with vitamins. Even Isaac Newton and Albert Einstein are questioned. All I am saying is that scientific understanding is constantly building and evolving. Advancement in scientific understanding does not mean certain knowledge. There are simply too many variables.

So the demand to “PROVE IT!!!” is really an expression of binary reductionism. Simplistic black & white thinking. It would be nice if the world could be divided into what is proven and disproven, but human knowledge actually is a spectrum of plausibility and probability.

Second, “God” is a Plausible Cause for the Universe and Everything In It

It is reasonable to look at your children and nature and human consciousness and social dynamics and ask, “Where did this all come from? What caused all of this?”

It is then reasonable to speculate on a reasonable, sufficient, non-contingent cause of the Universe and everything in it.

It is then reasonable to speculate that the reasonable, sufficient, non-contingent cause must contain certain qualities to produce the Universe that is.

I must admit I am partial to Gottfried Wilhelm von Leibniz’s argument from contingency:

(The above formulation is from Baylor University Philosophy Professor Alexander Pruss.)

“The extremely powerful, uncaused, necessarily existing, non-contingent, immaterial, non-physical, eternal being, who created the entire universe, and everything in it.”

And I think it is a Universe Farting Pixie!!!!!

OK. Let me address what I will call the “Universe Farting Pixie Fallacy”.

This is obviously illogical.

Unless Zeus or the Flying Spaghetti Monster is your name for “The extremely powerful, uncaused, necessarily existing, non-contingent, immaterial, non-physical, eternal being, who created the entire universe, and everything in it.”

Third, “God” is Plausible because it is Ubiquitous Historically and Currently

After glancing at stats online it appears that approximately:

It is natural for humans to have a belief in ‘God’ and to formulate religious practices. For this phenomena to so naturally occur across time, race, culture, and politics provides plausible evidence of God. Experience is evidence.

But I still believe in God.

Fourth, God is Plausible Because of the Ubiquity of Powerful Spiritual Experiences

Now that I think about it….maybe I can prove God empirically.

Empirically: by means of observation or experience rather than theory or pure logic.

What keeps me on this spiritual journey is the powerful and positive spiritual experiences I have had and still have. Experiences that make me a more peaceful, loving, self-controlled, and wise person.

And it isn’t just me. There is a massive amount of data on the spiritual experiences of humans. And it is repeatable. And there is remarkable consistency. As a matter of fact, one of the things that triggered my initial doubts about Christianity was meeting a bunch of people my faith considered ‘lost and going to hell’ who were having the same powerful spiritual experiences I was having.

I have known over a thousand people personally whose lives have been changed by God. Their God may be named Jesus. Or Muhammed. Or a God without a precise theological definition. Or simply a Higher Power. But I cannot deny what I have experienced and what I have seen others experience.

And I believe it is Plausible that there is a ‘God’ behind these experiences.

Could You Be Wrong, Christopher?

But so could you.

I have to choose beliefs to guide my life. And I believe one measure of the truth of beliefs is the quality of life those beliefs produce. Jesus said, “But Wisdom is proved right by all her children.” I believe a reasonable belief in God produces the best life. Certainly for me.

When I go to “The Lovely Thai” restaurant in Grayslake, IL the first thing I do when selecting an entree is establish plausibility. I read the description on the to go menu. I ask to see the menu with the pictures. I ask the owner to reference their personal experience regarding a specific dish (It’s great!). Once plausibility is established there is only one way to resolve the issue. Of course I could measure and weigh and touch the entree. But that really doesn’t resolve things for me. It is just more information. Knowledge is in direct experience with the dish.

I have to taste it.

I think the same is true for God. I am not interested in tasting “The Flying Spaghetti Monster”, “Zeus”, “The Universe Farting Pixie”, or “Eric the Necessary Being Eating Penguin”. I suppose these are possibilities but not plausible ones. But the Necessary Being (The extremely powerful, uncaused, necessarily existing, non-contingent, immaterial, non-physical, eternal being, who created the entire universe, and everything in it) is plausible.